Snow Plow vs Blower – Which Should You Use on Your Runways?

Posted by Tommy Culshaw on Dec 19, 2017 8:35:06 AM
{count-facebook}{count-twitter}{count-googlePlus}{count-linkedin}{count-pinterest}

SNOW PLOW VS BLOWER – WHICH SHOULD YOU USE ON YOUR RUNWAYS?

It’s that time of year, when Airport runways can quickly turn into hazardous winter wonderlands. Flight delays can be costly and inconvenient to the passengers as well as airports. Clearing these runways in the most efficient manner is beneficial for everyone.

Snow plows and blowers are the most popular snow removal trucks, but which one should you choose? Let’s take a look at the key benefits of each.

Snow plows generally deliver the quickest results, and are perfect for dealing with small amounts of snow. Because of this efficiency, they are convenient to have when dealing with long roads/runways. Snow plows are also usually the lower-cost option compared to the blower.

Snow plows start to struggle a bit when dealing with greater amounts of snowfall. The increased amount of snow can be harder for the trucks to plow through, and you can also run out of room to push the snow once snow banks start building up. 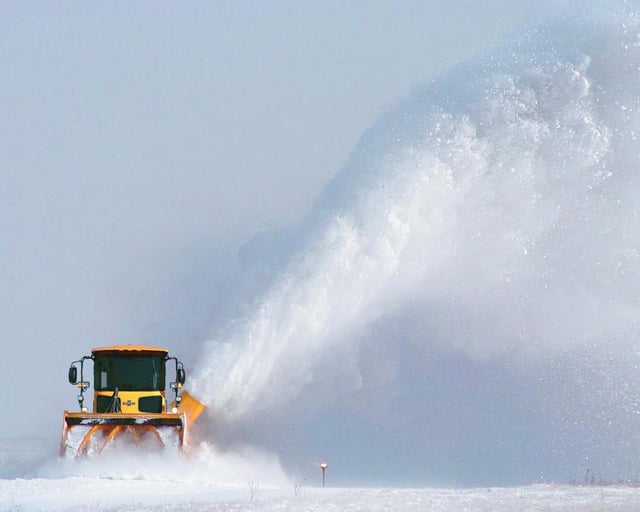 Snow blowers are perfect for when the going gets tough, doing a great job of removing large amounts of snow from the runway. Snow blowers also feature the ability to throw (and aim) snow a farther distance, which can help prevent creating obstructive snow banks.

Many snow-removal jobs can benefit from the use of snow plows and blowers, and snow blowers are normally used first. They pick up the majority of the snow and throw it a good distance away. Then the snow plows can quickly do a follow-up run, removing the remaining snow that the blowers left behind.

Winter weather conditions can make traveling difficult, but with the right plan of attack you can keep delays/cancellations to a minimum.